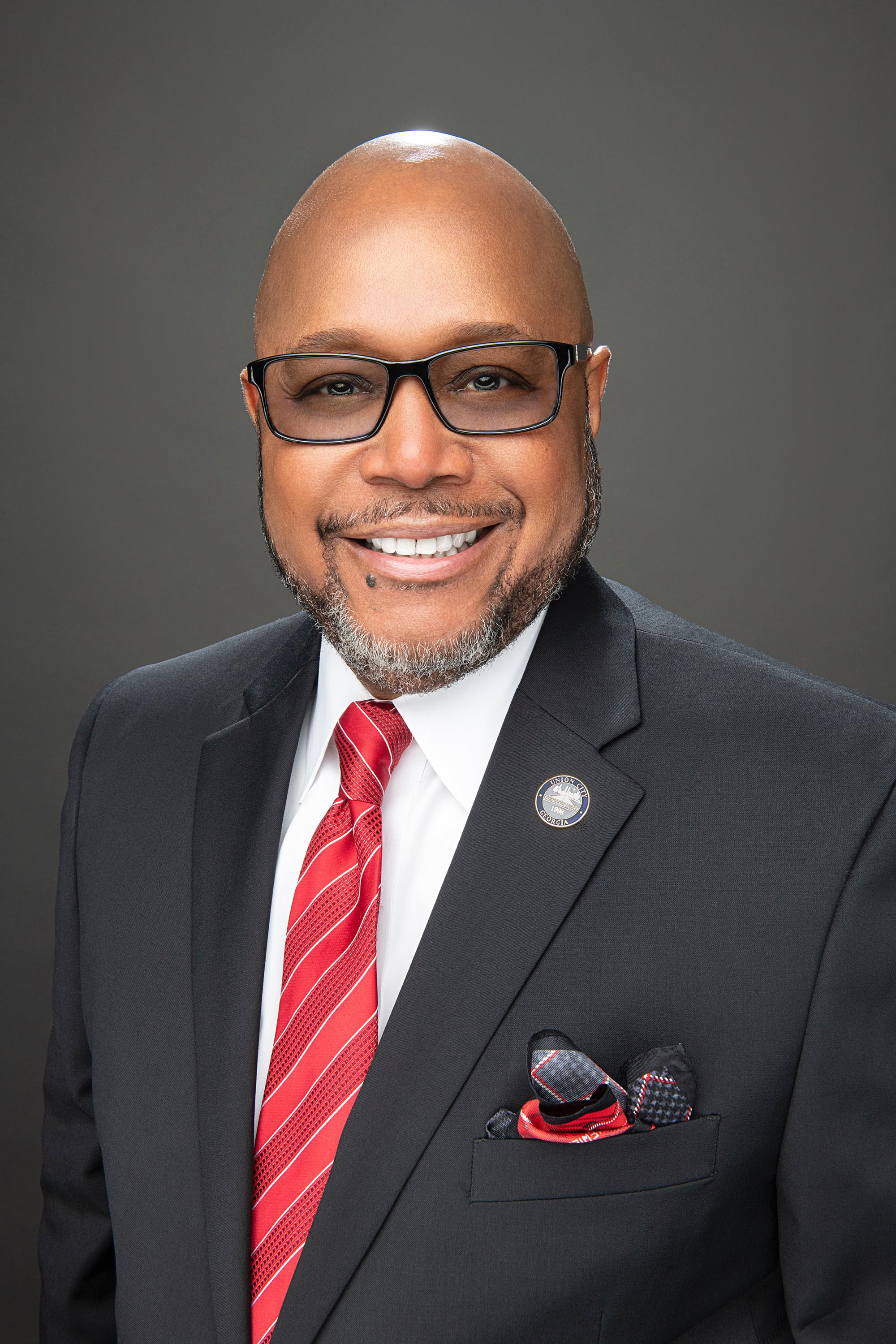 Honorable Vince R. Williams, Mayor of the City of Union City
In 2007 he was elected to the City Council. His first priority as a Councilmember was to create a strong economic base for Union City by attracting, professional and commercial business that would transform the city into a full-scale, financially sound livable community. Taking the office of Mayor in May 2013, Vince R. Williams is Union City’s twentieth mayor. As the sitting Mayor Pro-Tem, he was elevated to the office after resignation of his predecessor. In November 2013 he was elected to the office of Mayor.

Mayor Williams' focus in specific areas includes: Mayor Williams was elected to office at a moment of crisis unlike any Union City had experienced in decades – a City on the verge of financial ruin, a stagnant economy, and a community that lacked vision. His leadership and commitment to advancing the Council’s shared vision for Union City helped to transform a dilapidated mall and revitalize it into a thriving multi-million dollar film studio (Atlanta Metro Studios), reverse a multi-year financial deficit to an 81% increase during his first term as Mayor – all while ushering in the greatest increase of job creation in the City’s history. Mayor Williams works tirelessly to encourage economic sustainability by fostering relationships with local businesses that have called Union City home for years like Universal Forestry Products, Mortensen Woodwork, General Electric, Dendreon and Kraft foods. The success of those businesses has established Union City as the address of choice for many Fortune 500 companies such as; Proctor and Gamble, Walmart, Amazon and attracting international giants such as ASOS.

Since his first day in office, Mayor Williams has strived to increase consensus, cooperation, and partnership between South Fulton, Metro Atlanta, and Georgia’s many governments, its business and civic communities and its residents. The result of this effort is a new era of collaboration that has paved the way for a string of remarkable, “NEXT LEVEL” accomplishments for a greater Union City in a very short period of time and has set the City on course for a more prosperous exciting future.

On the World stage, Mayor Williams has represented Union City, the State of Georgia and the United States by participating in the U.S. – China Exchange Association’s U.S. Business Matchmaking Conference, where he met with a delegation of elected officials and business leaders from Japan, Africa and China to discuss how those countries could invest in America. His work has been recognized on the State level by Governor Nathan Deal which led to appointments to the County and Municipal Probation Advisory Council (CMPAC), Georgia’s 911 Advisory Council, and the Georgia Department of Community Affairs (DCA). Mayor Williams is also a recipient of the Outstanding Citizen Award given by the office of Secretary of State and the 2017 President’s Volunteer Service Award given by President Barack Obama. In 2018, Mayor Williams was awarded Mayor of the Year by The Georgia Minority Business Awards, and Georgia Trend Magazine honored him as one of the 100 Most Influential Georgians.

As a long standing community enthusiast, Mayor Williams has had the opportunity to serve on many committees and boards such as; Mayor Williams is a graduate of Lemoyne-Owen College in Memphis, Tennessee where he earned a B.A. in Political Science. He has over 25 years in Corporate America that includes a strong work ethic and positive attitude. He is a 2011 graduate of the Georgia Academy for Economic Development, received Special Recognition from the Atlanta Fire Rescue Department for Emergency/Disaster Preparedness and Business Continuity Leadership Institute in 2011, and in 2012 Mayor Williams completed the Robert E. Knox Jr., Municipal Leadership Institute program through the University of Georgia in partnership with the Georgia Municipal Association. He is a Class of 2016 Regional Leadership Institute graduate.