When you get here, park in the deck and walk towards Rathbuns and look for the Council Sign and come into the Building.  PLease call James Touchton at 770-823-0781 if you need directions. 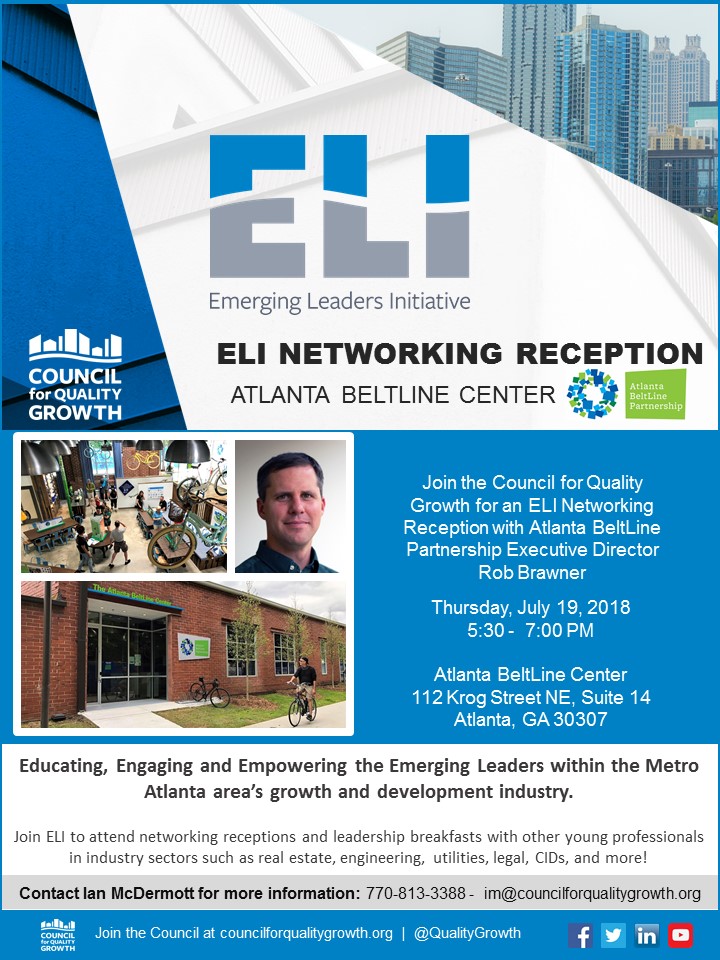 Prior to joining the Atlanta BeltLine Partnership, Rob built his operations and management expertise during an eight year career at McMaster-Carr, which included roles as Director of Sales and Marketing and Director of Physical Distribution.  He graduated with honors from Princeton University in 1996 with a degree in Economics and two NCAA National Championships in lacrosse.  He received his MBA from the Goizueta Business School at Emory University in 2006.

Rob has been actively engaged with many local non-profit organizations since moving to Atlanta in 1996.  He enjoys living, working, exercising, and playing on the Atlanta BeltLine.