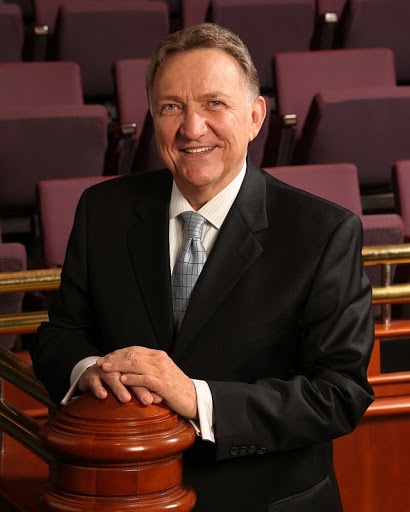 Lee Morris is in his second four-year term as the Fulton County Commissioner representing District 3, which encompasses the southern part of Sandy Springs, all of Buckhead, and parts of Midtown. He serves on the Audit Committee, the Defined Benefit Pension Board, and the Defined Contribution Board, in addition to representing the county on the Atlanta Beltline Board and the Atlanta Development Authority/Invest Atlanta.

Lee was born in Greenville, Alabama. He spent about a year at a time in each of many cities until graduating from the public schools in suburban Washington, D.C. After graduating from Duke University in three years, he practiced as a Certified Public Accountant in Raleigh, North Carolina, and then enrolled in Emory University School of Law, where he served as Managing Editor of the Emory Law Journal. While at Emory and for a few years thereafter, Lee played rugby, despite childhood polio which required a series of surgeries until his teen years.

After graduation from Emory, he practiced tax, corporate and pension law in Atlanta for 9 years. For the next 32 years, until retirement in 2017, he served as General Counsel and Chief Financial Officer for an Atlanta-based architectural-engineering firm. For many years he taught Accounting for Lawyers as an adjunct faculty member at Emory’s law school.

Lee was elected to the District 7 seat on the Atlanta City Council in November 1993, with 79% of the vote, and re-elected without opposition in November 1997. After chairing the City Utilities and Zoning committees during his first term, he chaired the Finance-Executive Committee for four years and was an outspoken critic of corruption and waste in government, a proponent of stronger environmental policy, new urbanism, alternatives to automobile-oriented policies and campaign finance reform. Among other accomplishments, he helped initiate the City’s sidewalk building program, introduced traffic calming to the City, sponsored what many consider the first transit-oriented zoning in the region around the Buckhead MARTA Station, and wrote much legislation which strengthened the neighborhoods in the City. He honored his pledge not to serve more than two terms by stepping down at the end of December 2001. In 2003, Governor Sonny Perdue appointed Lee to the Board of the Georgia Regional Transportation Authority (GRTA), which position he resigned in early 2006. In 2007, Lt. Governor Casey Cagle appointed Lee to the Georgia Public Defender Council (GPDC), the state agency which oversees the statewide public defenders system. Both GRTA and GPDSC are unpaid part-time public service positions.

Lee has been deeply involved in community affairs since coming to Atlanta in 1973. He coached youth sports for years, served as President of the Atlanta Council of Younger Lawyers, and on the board of the Atlanta Bar Association. He has served on many non-profit boards, including the Midtown Alliance, Regional Leadership Forum (chairman), the Atlanta Metro Group, the Atlanta Urban League, Common Cause Georgia, the Brookwood Alliance, The Galloway School, the Brookwood Hills Civic Club, Literacy Action, PEDS (Pedestrians Educating Drivers on Safety, Inc.), The Park @ Saint Luke’s, Transition House, Inc., the Piedmont Park Conservancy, the Atlanta Downtown Improvement District, the Buckhead Community Improvement District, the Midtown Improvement District, the Buckhead Neighborhood Alliance (Chairman), the Fairlie-Poplar Task Force, and the Emory University Board of Visitors.

From its beginning, he has served continuously on the State Bar of Georgia’s Bar Center Committee, which oversaw the acquisition, renovation, and preservation of the historic Federal Reserve Building, now the State Bar Headquarters.

He has been active for over forty years in his church, St. Dunstan’s Episcopal, having served various terms and at various times as vestryman, treasurer, youth advisor, Sunday School teacher, choir member, occasional soloist and guitarist, and in many other roles.