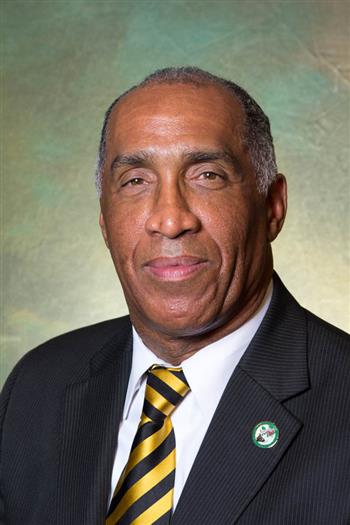 Mayor Anthony S. Ford, Colonel, U.S. Army (Retired) brings thirty years of logistics and operational experience at various levels of management while serving in the United States Army to include management of personnel, resources and funding of projects.  He is a recipient of numerous awards, accolades and completed several advanced military courses while performing his duties for our country. Anthony received his BA from Northeast Missouri State University (NMSU), which is now known as Truman State University, Kirksville, MO and he was originally raised in St. Louis, MO.

Anthony is actively involved with several community organizations and boards since his military retirement in May 2010, which includes serving as President of the Board of Directors for the Monarch Village Community Association, Inc; Dutchtown High School, School Council (2010-2014) and Economics & Education (E/2) Alliance.  He also has served as a citizen volunteer on the City of Stockbridge’s Sign Ordinance Committee and Community Partnership Grant Committee.

Anthony and his wife Alcelia moved to Henry County over nine years ago and decided to make Stockbridge their home to raise their teenage daughter, Ariana.

Anthony's  “Vision” for the City of Stockbridge is to make living, working and enjoying your family the best living experience we can imagine.  The intent is to make Stockbridge an extremely inclusive community that is economically sound, small business friendly and truly a family oriented environment that will make each citizen proud to live within the City of Stockbridge.  We must thoroughly capitalize on our very strategic location with easy access to Interstates 75 and 675 that allows individuals the avenues to visit and partake in our city’s tourism and cultural events.

Anthony's  intent is to work endlessly for all citizens, business owners and interested stakeholders that have a vested interest in the city’s daily activities.  He truly realizes being elected by the citizens, he represents the citizens and is fiscally responsible and accountable to the citizens.  He believes is best to establish open dialogue with the citizens you serve while establishing trust, show openness and transparency. Mayor Ford is also an active member of Alpha Phi Alpha Fraternity, Inc., Rho Sigma Lambda Chapter located in Henry County.

Says Mayor Ford "Stockbridge, together as a team we can make a positive change for the future.”