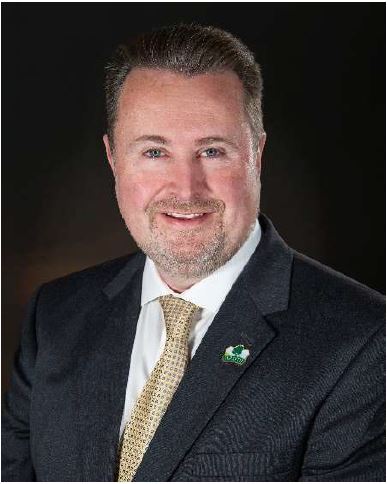 Kevin has spent thirty-one years in public service. Kevin currently serves as the County Manager of Forsyth County. He served four terms as a state representative for District 9, including Lumpkin and parts of Dawson and Forsyth counties.

Prior to his first term as state representative, Kevin was the Dawson County Manager where he oversaw day-to-day operations as the county’s chief operating officer. Kevin was recognized in 2011 as the Appointed Official of the Year by Georgia’s Association of County Commissioners. In 2007, Georgia Trend Magazine named Kevin one of Georgia’s 40 under 40 and he has been recognized as one of Dawson County's Citizens of the Year.

Representative Tanner started his career with Dawson County as a volunteer fireman in 1989. He worked for the Dawson Sheriff’s Office in 1990, where he served in many positions including 11 years as Chief Deputy/Undersheriff supervising all aspects of the department. Furthermore, he has been a successful small business owner of a security company where he provided armed and unarmed security guard services to various clients. He also owns Tanco Investments, LLC, a company with residential and commercial rental property in several counties in North Georgia. Kevin is also a licensed light commercial contractor in Georgia and Florida.

In addition to his career, Kevin has been heavily involved in community and civic activities in the North Georgia area for many years. He was the past Vice Chairman of the Board of Trustees for the Chestatee Regional Hospital in Dahlonega, a past member of the Rainbow Children’s Home Board in Dahlonega, a current member of the executive board of the Northeast Georgia Boy Scout Council and was appointed by Governor Perdue to serve as the 9th Congressional District Representative on the State Board of Corrections. He was also the previous Chairman and now Vice Chairman of the Lanier Technical College Board of Trustees.

With each year of service, Kevin successfully passed meaningful legislation in the General Assembly. During his first term, he authored the legislation that led to the successful passage of a constitutional amendment relating to Brain and Spinal Injury. He also worked to create a mental health study committee to begin to address this critical issue in our state. He authored and passed legislation that made it a crime to commit the offense of revenge pornography. During his legislative career he also authored legislation that reformed and increased the level of transparency at the Georgia Parole Board and legislation to create an incentive for employers to assist their employees in obtaining a GED. He also passed legislation that ensures that municipal court judges are able to carry out their duty without political interference and legislation to ensure that local schools involve parents in the adoption of curriculum and textbooks used in schools. Kevin authored legislation that was signed into law that addresses the opioid epidemic that is facing our state. Kevin also authored a major education reform bill designed to help low-performing schools. In doing so, he was able to build a coalition of support from members of both the Democrat and Republican parties and the education community.