​Join the Council for Quality Growth's Emerging Leaders Initiative (ELI) for a Networking Breakfast with Chris Tomlinson of GRTA/SRTA/the ATL. 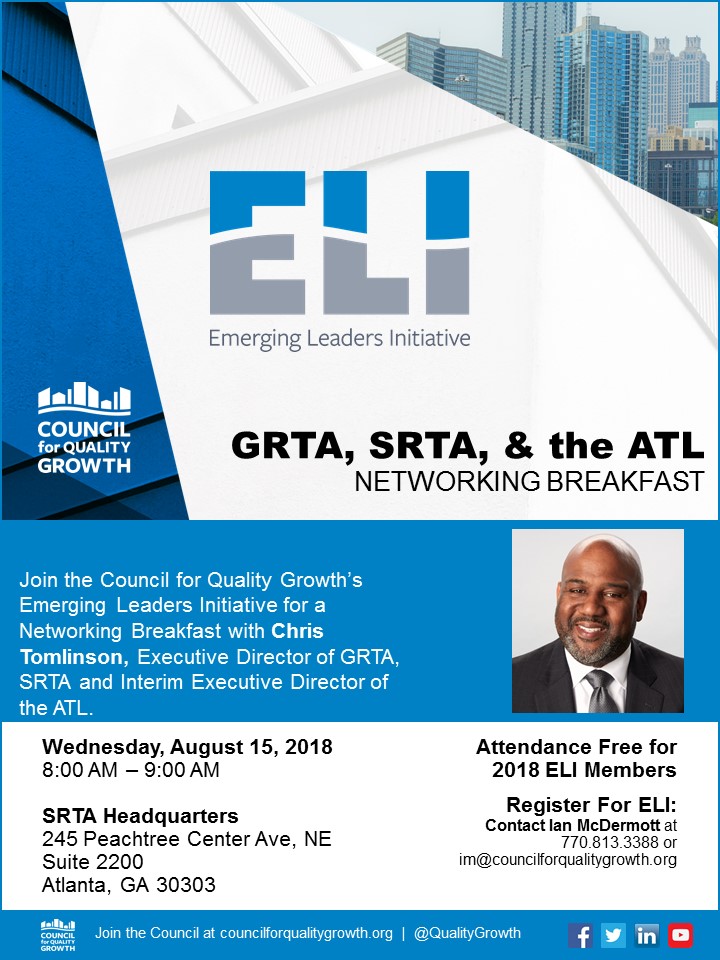 Chris serves as the Executive Director of the State Road and Tollway Authority (SRTA) and the Georgia Regional Transportation Authority (GRTA). In this dual appointment, Chris leads two state-level authorities whose mission is to connect people, jobs and communities through preferred mobility options and innovative solutions. He was also recently named interim director of the new transit authority, the ATL.

As Executive Director, Chris serves as primary liaison to the Georgia Department of Transportation?s (GDOT) Public-Private Partnership program. He also serves on the Board of Directors for the Metropolitan Atlanta Rapid Transit Authority (MARTA) and the International Bridge, Tunnel and Turnpike Association (IBTTA), where he is First Vice President.

Before joining SRTA, Chris served as General Counsel for several state agencies, including GDOT, the Georgia Technology Authority and the Georgia State Financing and Investment Commission, where he was also Deputy Director for the Construction Division.