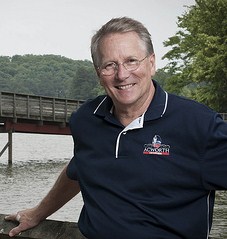 Mayor Tommy Allegood was raised in Atlanta, GA. Tommy is a 1970 graduate of Gordon Military College and served as a cadet in the ROTC program, and is a 1972 graduate of the University of Georgia. When Tommy graduated, he began a management career with Lowe's Companies which has always kept him in the building and development field. His leadership skills have enabled him to bring people together to accomplish goals and objectives as a team.

Tommy was elected to the Acworth city council in 2000 and then elected as Mayor in 2002. He is serving in his fifth unopposed term as Mayor where the city has since doubled in population to 24,000 residents. During his first days as Mayor, Tommy developed a “Quality of Life” campaign that has made Acworth the fastest growing city residentially and commercially in Cobb County.